The photographic series entitled The Little Prince, created in 2013, is based on a true story of a 12-year old boy named Luka. Luka is a child with special needs – soon after birth, the doctors diagnosed him with spinal muscular atrophy. The efects are very severe – due to gradual and inevitable decay of motoric nerve cells and muscle fibres, the muscles become paralysed, and the results are increasingly grave problems in movement, stabilisation of the trunk, swallowing and breathing.

Luka was attending primary school at the Centre for Education and Rehabilitation of Physically Handicapped Children, where I have been working for 16 years as a clinical psychologist.

The signs of his illness have shown very early on, so he could never walk. Until when he was 12, his body has weakened so much that he could only do some movements and had but little strength. Already with the basic life activities, such as washing, dressing and feeding, and others, usually done self-evidently and by the way, he needed someone to help him all the time. The only thing, so to speak, that he was still physically capable of, were small, but very weak finger movements. With them, he managed the ‘joystick’ of an electric wheel-chair, pressing the computer mouse and holding a pencil.

In spite of the physical handicap, Luka was an exceptionally creative boy. Ideas kept on boiling from his rich world of imagination, without acknowledging any limits. On paper, he was constantly drawing different motives on his computer, he was designing logotypes, writing texts, recording hip hop music, editing videos… He was acquainted with his disease and knew what it meant for him and for his future, however, he didn't expect pity or sympathy. He stayed positive, witty, focused on the present and on what he could do in life.

Once, in one of our conversations, he expressed a wish to see himself in the photographs, walking, swimming, dancing and doing several other things he was unable to do in life. Somehow, I did not expect that. I tried to imagine whether this type of look could at all make him happy, or would it be the other way around – that he would be emotionally depressed about being faced with his problematic state again. I was also wondering whether such a wish did not actually mean that he was denying reality, which we psychotherapists know is not the most mature and constructive defence mechanism.

At first, I understood the wish that he expressed in our conversation as a psychotherapeutic challenge. Through our conversations, we slowly discovered what kind of meaning and sense these images would have for him. I got to know his rational and emotional concept of self-image, I strengthened adaptive mechanisms and directed the psychological processes of acceptance. When he once said to me completely calmly that the last photograph in the series should be taken so as to depict him next to his return to the wheel-chair, the last of my doubts were dispersed. And again, I found in my mind that the imaginative world and imagination do not necessarily mean you run from reality, but must be actually understood and seized as part of one’s reality. If we know how to enter and exit them in a proper way, they can not only provide a possibility to clench our desires, but above all be an endless source of inspiration for our creativity and our self-realisation.

The next question I needed to answer was: how do I do it? I didn’t want to use Photoshop. I wanted a simple and humorous approach that isn’t pathetic. I thought and I thought about how to solve this problem. Of course! I took my camera, climbed three metres high and looked down. As always, problems look different when looked from a new perspective.

When Luka saw the photos for the first time, he was surprised and speechless. I saw in his eyes that he was happy and satisfied that he realized his idea. He became a little celebrity because the photos were published all over the world. Millions of people saw them and a response was really enormous. On different web sites the photos have been proclaimed as one of the most touching photos that have been ever taken. It’s obvious that the story touched people. Maybe that’s because he proved that he knew how to change life perspective. I think he challenged us to do the same in our lives.

Luka passed away less than 3 years after the series was made. 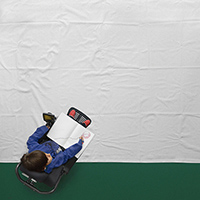 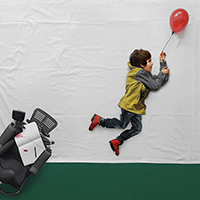 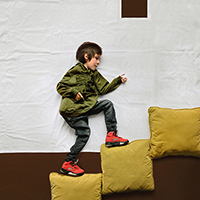 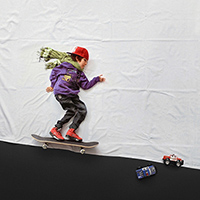 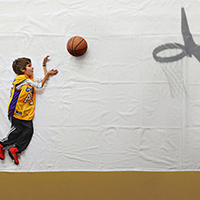 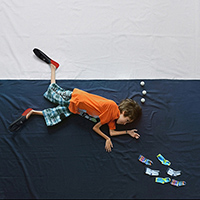 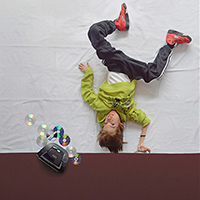 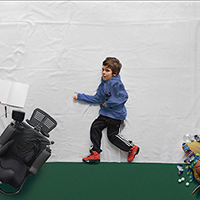 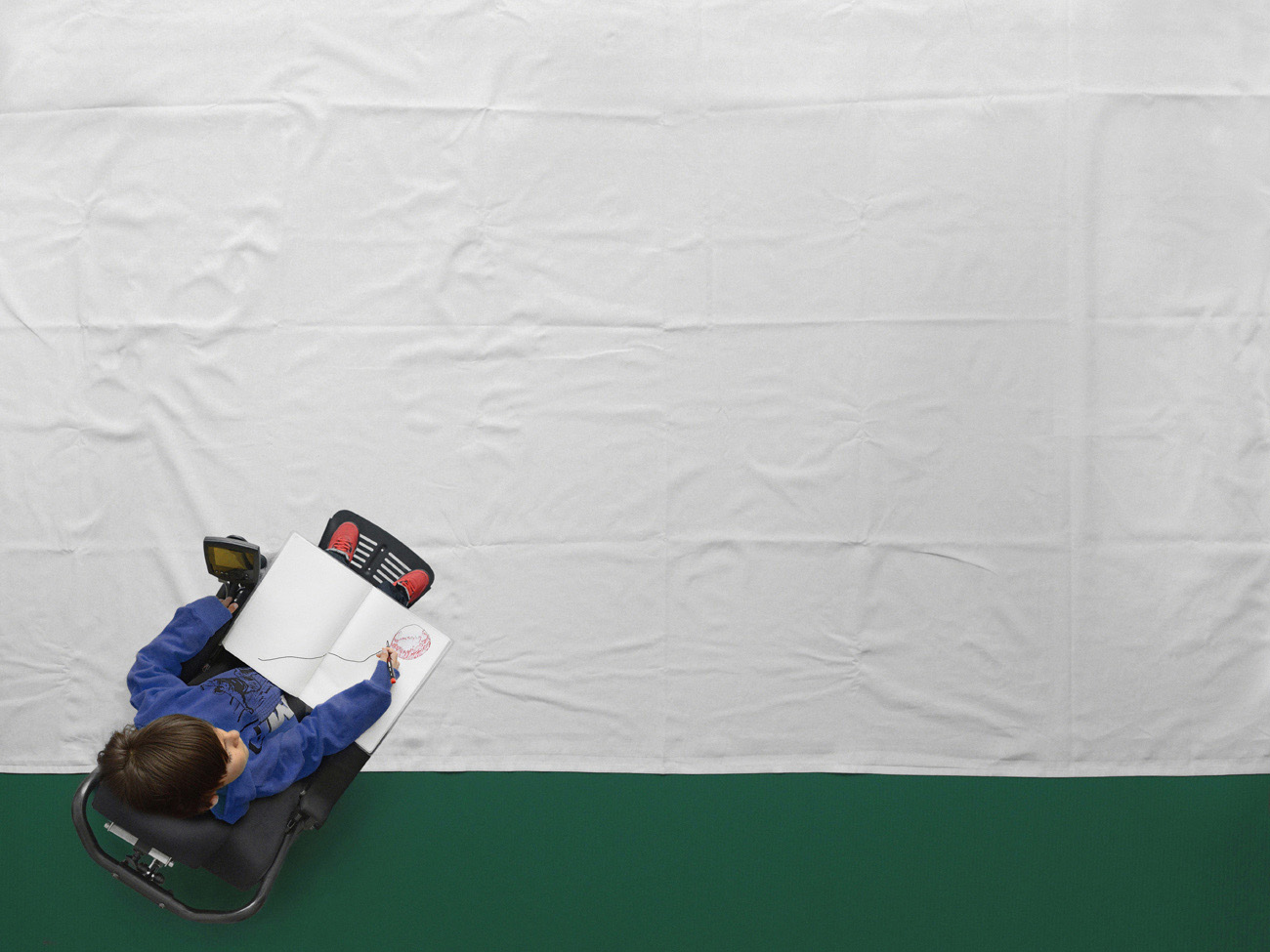 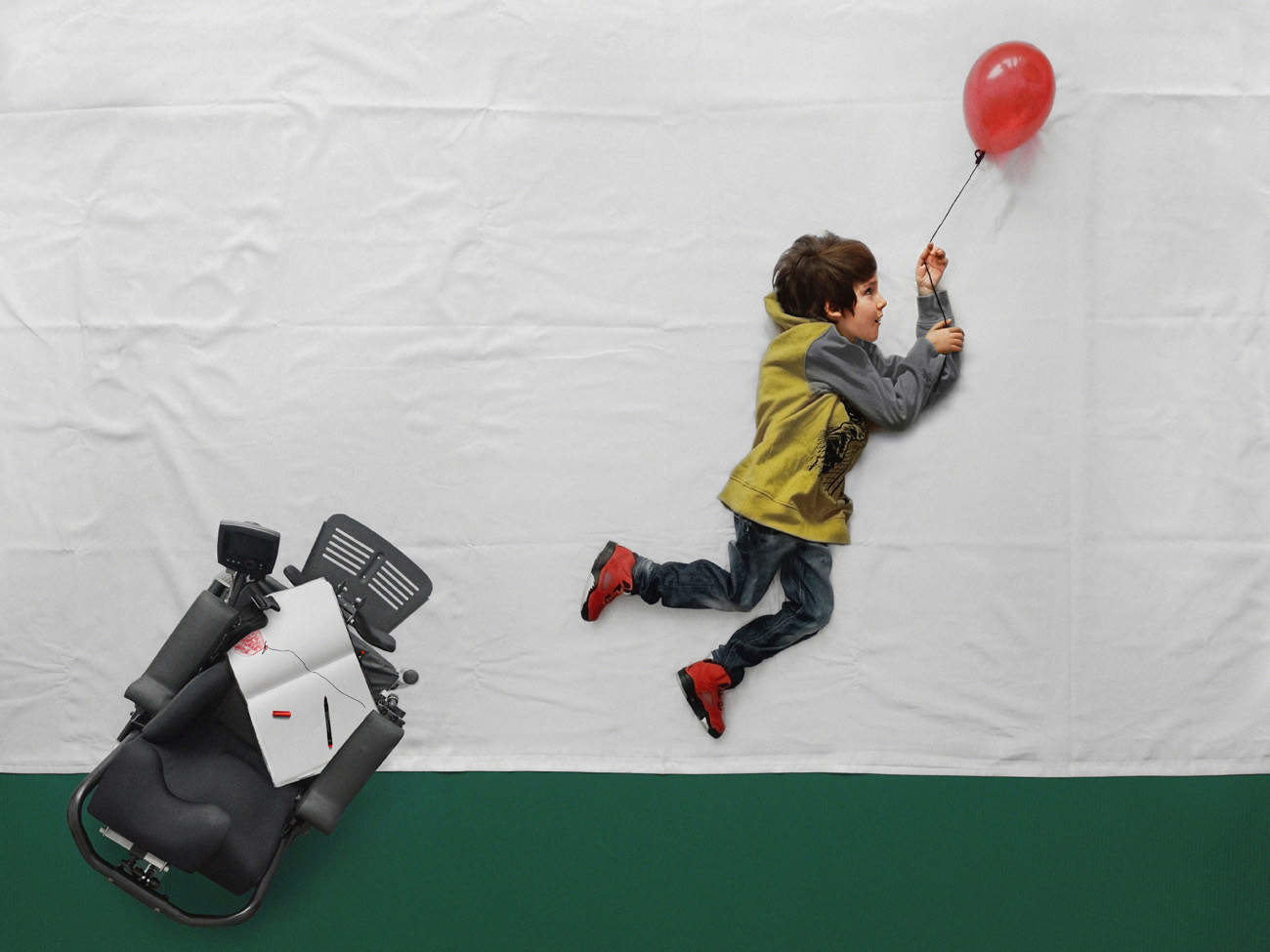 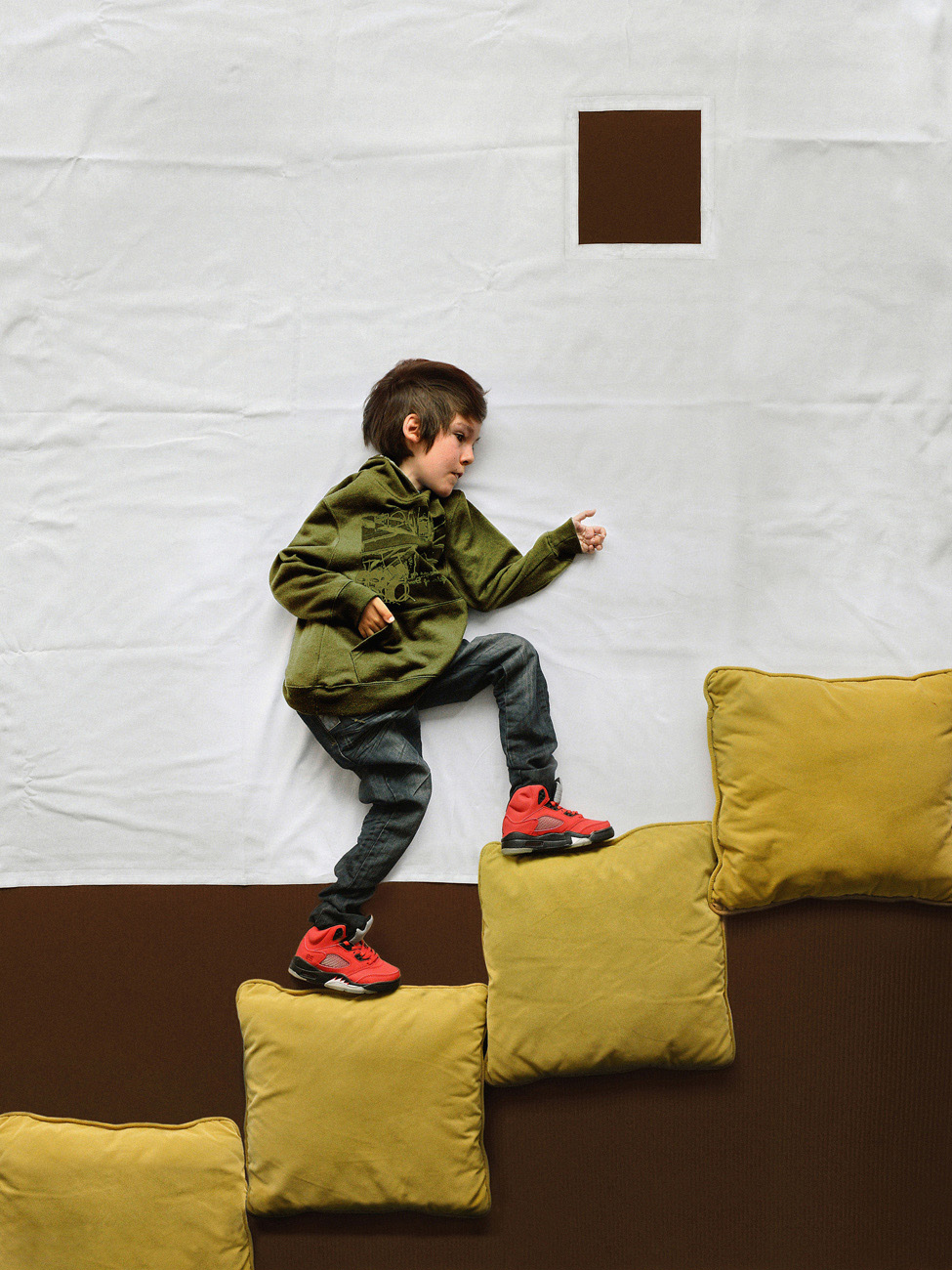 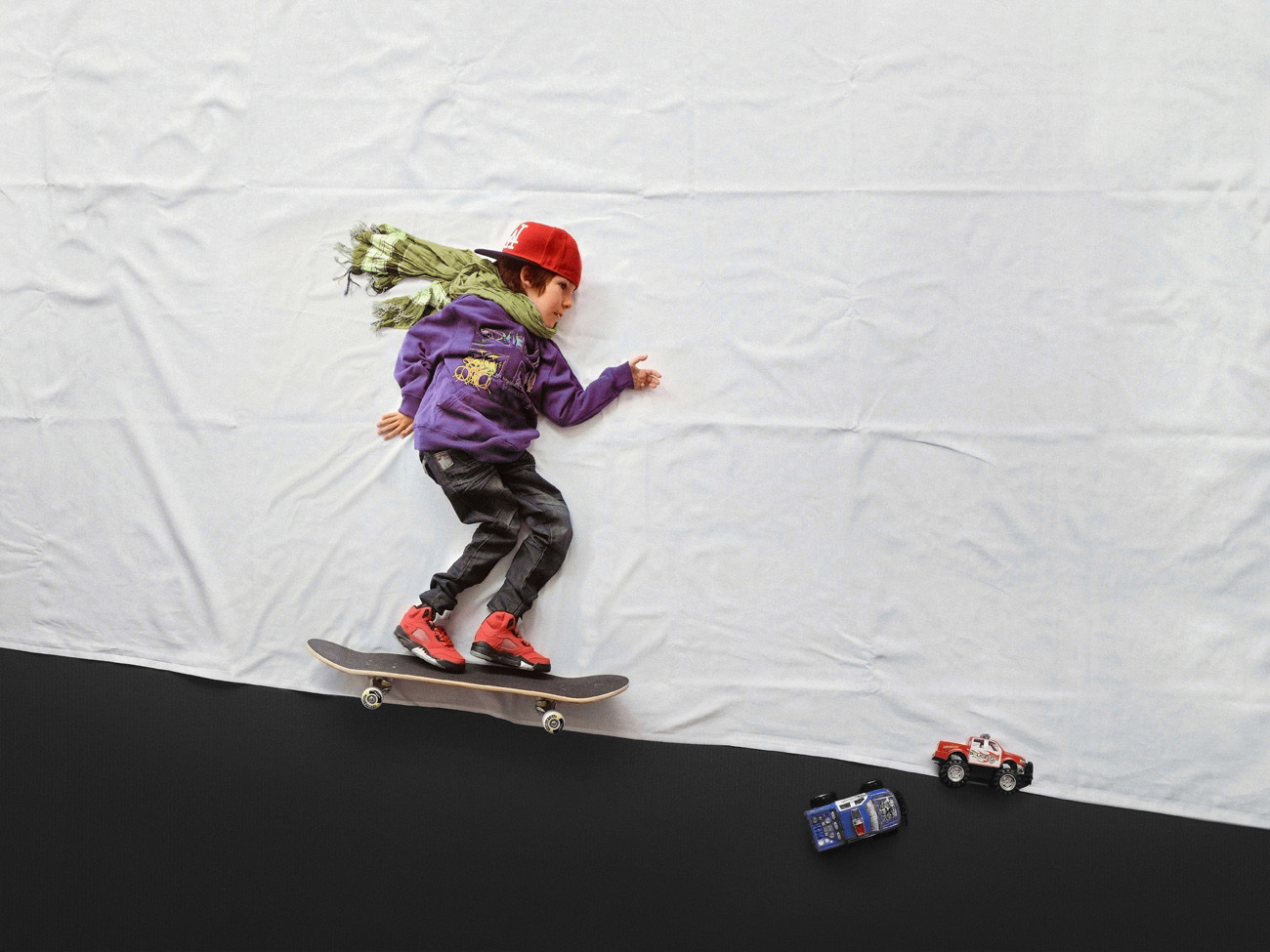 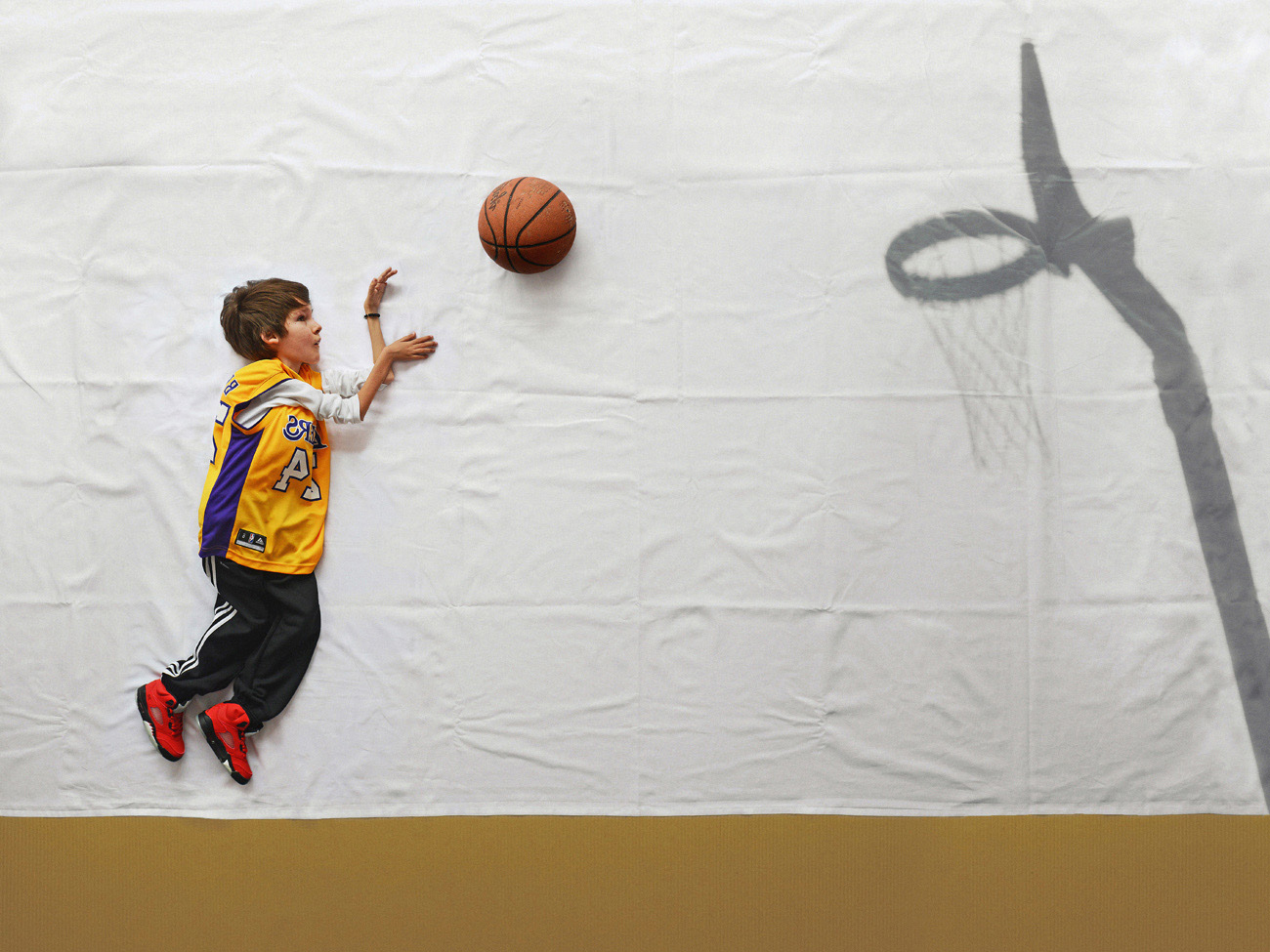 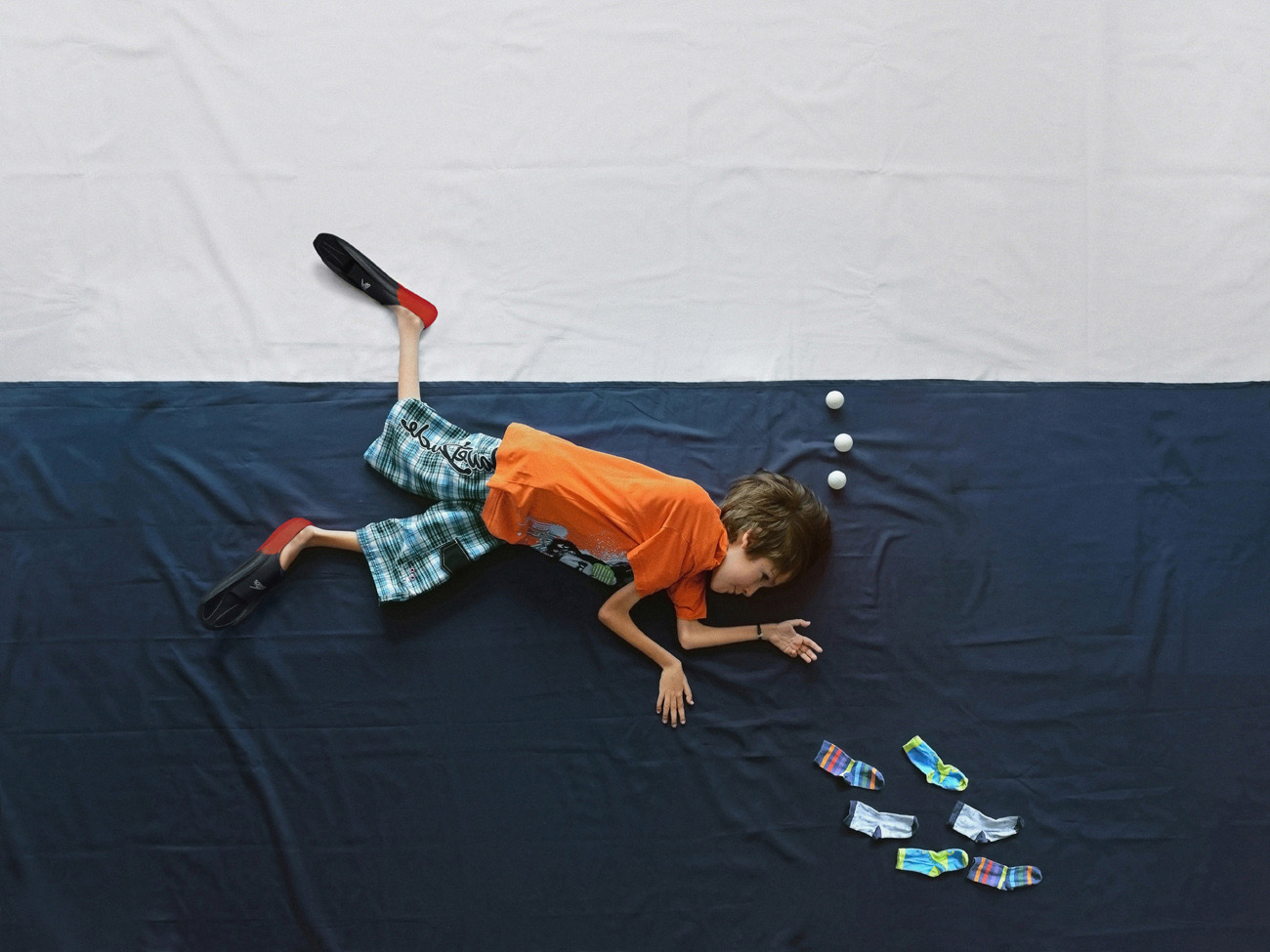 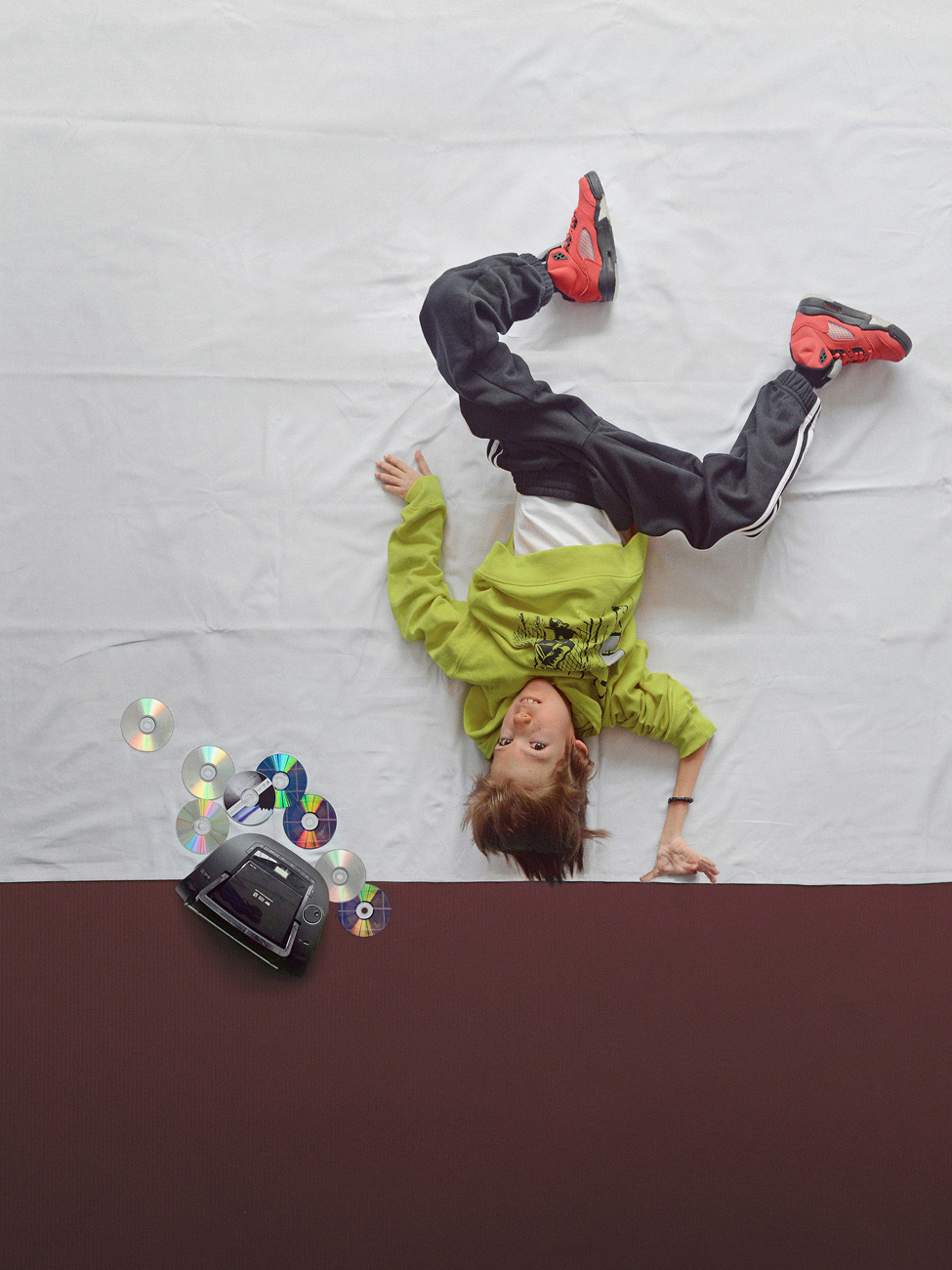 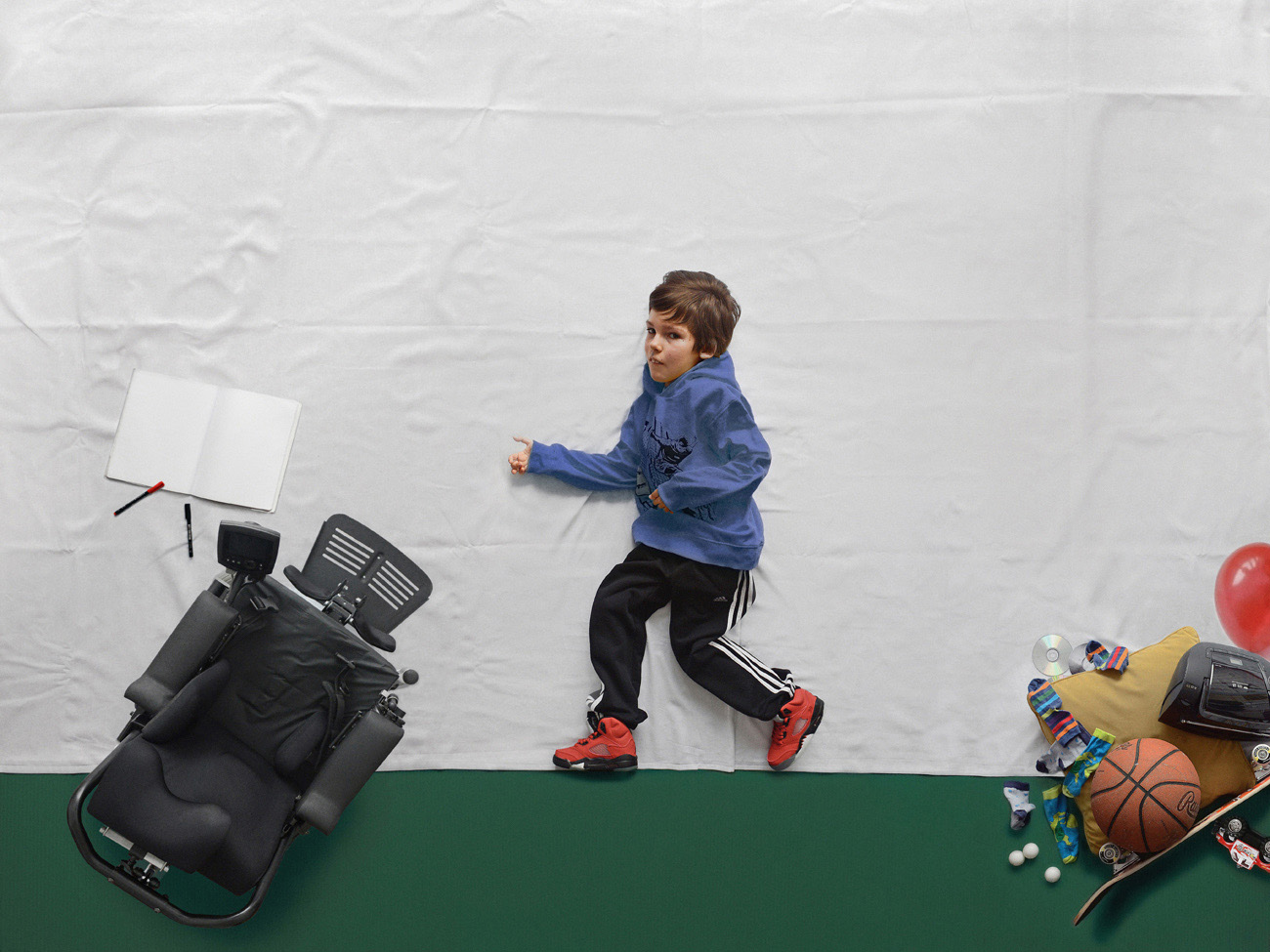